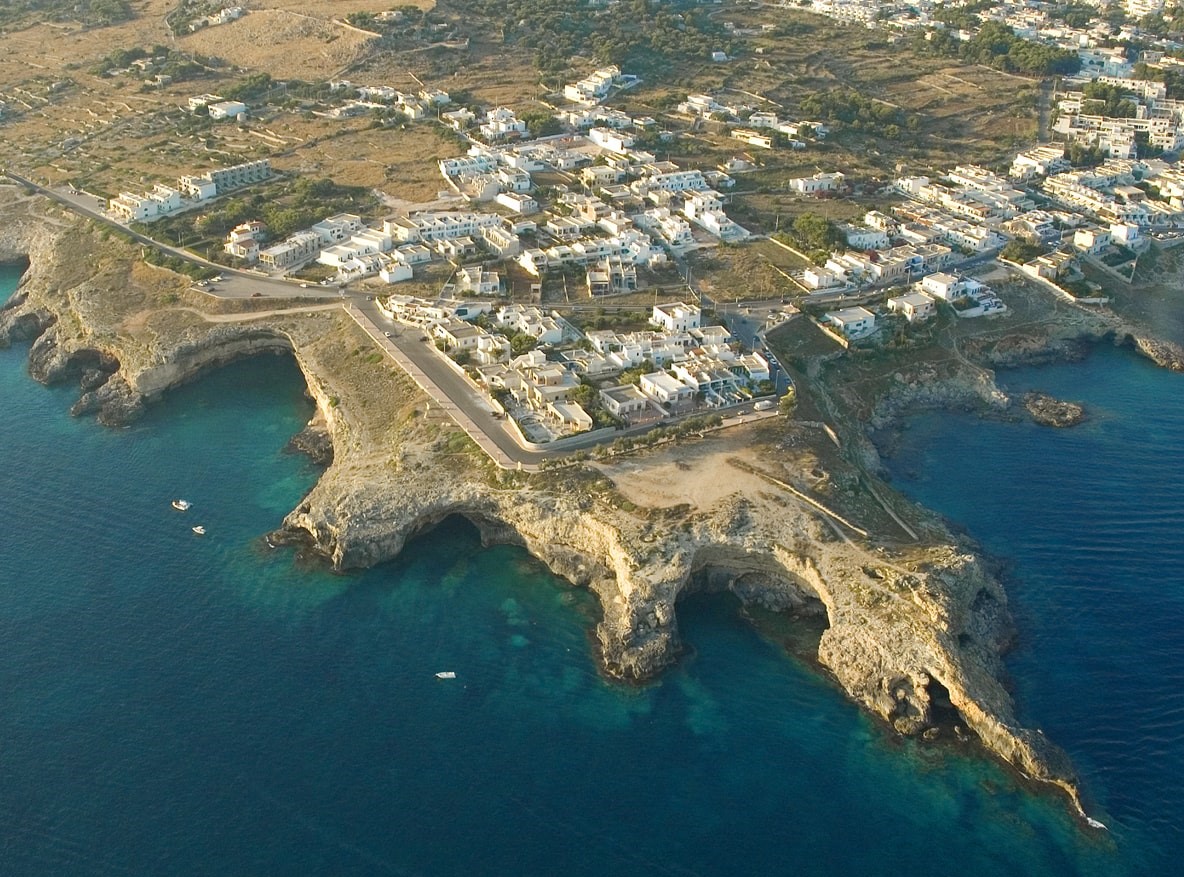 Located in the extreme edge of the Salento peninsula, 65.4 km from the provincial capital, it is the southernmost municipality of Puglia. Its territory includes the hamlets  of Giuliano di Lecce, Salignano and Santa Maria di Leuca, the latter a renowned tourist resort. It is part of the Union of Municipalities Terra di Leuca. Since 2016 he has been part of the borghi Autentici d’Italia association.

The town, with a very confused plan, bordered by an equally irregular perimeter, extends between the Serra di Vereto and the Adriatic coast. Belong to the Municipality of Castrignano del Capo small villages very important for tourist resources: Giuliano di Lecce and Salignano (respectively to the North-West and East) and Santa Maria di Leuca, a modern seaside resort built on the site of an ancient Messapian city, in the inlet between Capo Santa Maria di Leuca and Punta Ristola, the southernmost part of the Salento peninsula . As a seaside resort, Santa Maria di Leuca was marked with three sails in the Blue Guide of Legambiente and was Blue Flag of the Beaches in 2005.

Since October 2006, part of its territory is part of the Otranto Coast Park – Santa Maria di Leuca and Bosco di Tricase established by  the Puglia Region in  order to safeguard the east coast of Salento, rich in valuable architectural heritage and important animal and plant species.

The origins of the birth of the country are not certain. The territory was certainly a Roman settlement even if the presence of man is attested since the Bronze Age for the presence of the menhir “di Ussano” located in the hamlet of Giuliano di Lecce. It even seems that St. Peter himself, on his journey to Rome, stopped in Castrignano del Capo (precisely in Santa Maria di Leuca) and that, since then, the pagan temple dedicated to the goddess Minerva has become the Sanctuary of the “Madonna de finibus terrae”.

Real urban centers began, however, to take shape only around the tenth century, when the Saracens  destroyed the nearby Vereto causing the escape of its inhabitants who, in turn, gave life to new agglomerations such as that of Castrignano del Capo.

Enfeoffed to the d’Almeto in 1280, the town passed over the centuries to numerous feudal families. It was a fief of the De Caniano, pignatelli, Bilitta, Ayerbo, Della Ratta, Della Barliera, De Frisis and Guarini. 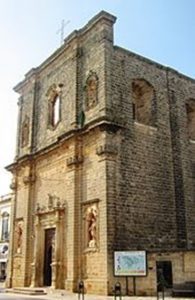 The construction of the mother church of St. Michael the Archangel began on April 2, 1743 and stands on the ruins of a previous Renaissance church, destroyed by the earthquake of February 20, 1743. The works were completed in 1751 and on December 22 of the same year it was consecrated in the presence of Bishop Luigi D’Alessandro. Built in Baroque style, it still preserves some features of the pre-existing Renaissance structure built between the two towers of the ancient fortress. Made  of carparo, the church measures a length of 36 meters, a width of 11 meters and a height of 17 meters. The façade is characterized by the central door decorated with bas-reliefs, coats of arms reminiscent of the old church and a statue of San Michele, in stone, lying in the center of a frame that rests on two side columns. Two niches with statues open on the sides of the portal.

The interior, with a single nave, has six side altars (three on each side), of which those dedicated to the Pietà, our Lady of the Rosary and St. Michael are distinguished by importance. Eighteenth-century paintings and canvases depict Sant’Oronzo, San Michele Arcangelo, San Giovanni Battista, the Madonna delle Grazie and the Visitation of the Blessed Virgin Mary. Of particular artistic value is the wooden statue dated 1707, the work of the Neapolitan Nicola Fumo, depicting St.  Michael the Archangel. A popular legend has it that this statue is not resting on a pedestal, but that there is a millimeter of space between the foot and the base. In 1970, following the reform of the Second Vatican Council which provided for the priest celebrant facing the faithful, the presbytery was deprived of the refined high altar in precious marble and the balustrade. In the right aisle, above the third altar, there is an imposing organ built by the illustrious craftsman Sebastiano Kircher in 1751. About three meters high and two meters wide, the organ consists of a chest with three bells and 25 pipes. 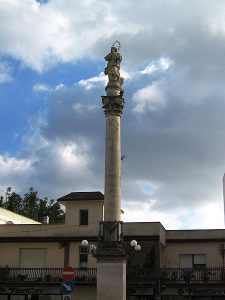 The ancient center of Castrignano del Capo, called “Borgo Terra”, is the first rural society of the country and dates back to the Middle Ages, a period in which several feudal families succeeded.

The Borgo, one of the most evocative places in the country, consists of a series of small and twisted alleys that wind through the white walls of the courtyard houses with characteristic balconies. There is the presence of numerous underground oil mills. The small medieval town was enriched in 1460 by the interesting Palazzo Fersini. Abandoned for a long time, in recent years it has regained the importance that belongs to it.

Palazzo Muzi, built between the late eighteenth and early nineteenth centuries, is located in the ancient nucleus of Piazza San Nicola, today Piazza Mercato. It has an elegant façade and was built along the walls of Borgo Terra. Of the original plant remain a masonry curtain with pendants and a throw from which stones and boiling oil were thrown against the attacks of pirates. For over two centuries it was the home of the Trani family.

The palace, in addition to being the stately home of the owners, had the same functions as the ancient self-sufficient farms. Inside, in fact, there were a mill, three wells for collecting rainwater and an underground oil mill. It is said that this house hosted Giuseppe Bonaparte in 1807. Also in 1943 King Vittorio Emanuele III stayed there  accompanied by Marshal Badoglio.